Preparing to Experiment: a Mould for Coiled Pottery 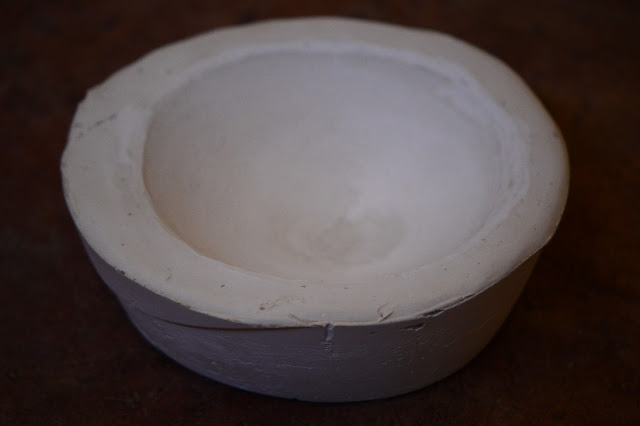 This is a project that is the commencement of a larger project.

All of my pottery for many years (no, I don't think I'll say how many!) has been wheel thrown.  I have loved the process: the nearly fluid clay, the smooth flow of opening and raising a cylinder, coaxing the nuances of form into the thinned walls, and creating all the delicate finality of the lip.  So it is to my own surprise that I find the question recurring: should I try an entirely new technique?

More than one factor has been contributing to the question.  The first is one of form.  Ever since I began in ceramics, I have been deeply impressed by classic coiled pottery forms.  In particular I have admired Minoan ceramics, which I feel are not given enough attention.  Their decoration is so perfectly in accord with the forms beneath, everything so balanced into a single unit of aesthetic excellence.  But beyond this, I love the shapes, and the shapes are by no means natural to wheel-thrown work.

More recently I've begun paying closer attention to the traditional ceramics of the Americas.  These, again, are hand-built, not wheel-thrown.  A recent series of vases - still unfired - found me attempting to simulate these effects on the wheel.  It is not so much a question of it being difficult, but rather of it being unnatural to the technique.  I suppose I am being a bit of a purist, but why should I attempt these forms on the wheel when they are in their native element coiled?
A second reason is my increasing preference for maximizing what I can do with just my hands , minimizing the mechanical elements in the workflow.   This is merely a personal preference, but it is making me drastically rethink the ways I create.

So I have been spending quite a bit of time studying up lately.  And among other things I find that many traditional techniques from around the world commence the coiling with a base formed inside a slump mould.  This mould, in which the piece remains until the pot's form is complete, provides support to its lower section as it increases in height.  It is a coiled version of all the care that goes into gauging how thick to throw the walls near the base of a wheel-formed pot.

I decided to give myself the advantage of starting with such a mould in my earliest experiments.  This meant making the mould.  I went out to the wheel...  Yes, I threw the basic form!  Old habits will die hard if they die at all!  I prepared everything for casting; and my sister, who knows how I detest mould-making, kindly did the actual pouring.

I half-intended to let the form dry and shrink inside the cast plaster, but my sister reminded me that I had used my stoneware clay.  This is my own recipe; it is quite plastic and is notoriously tough when fully dried - not the typical fragile greenware of less plastic clay bodies.  So I dug out the form, which released easily from the still damp plaster, leaving the new mould almost ready to go. 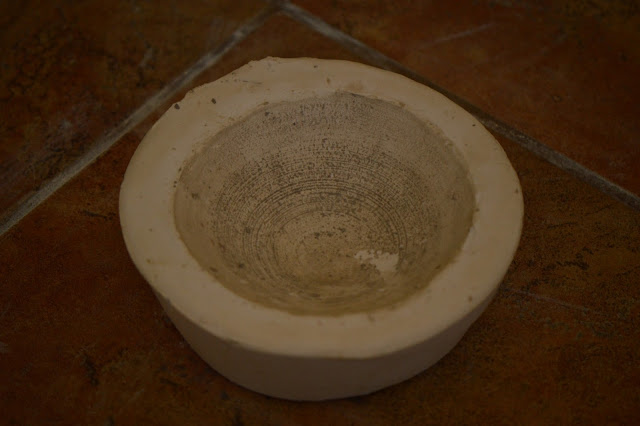 Since then I have cleaned it up and smoothed down the rough edges.  The throwing lines are still visible in places. 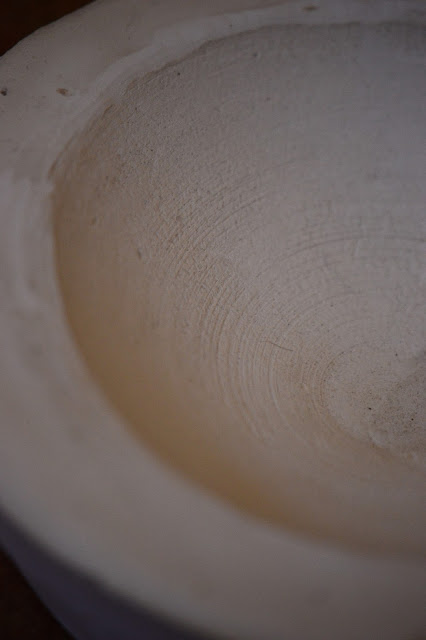 This is not a precision job by any means, but I hope it will give me a good start in trying this very traditional approach to creating with clay. 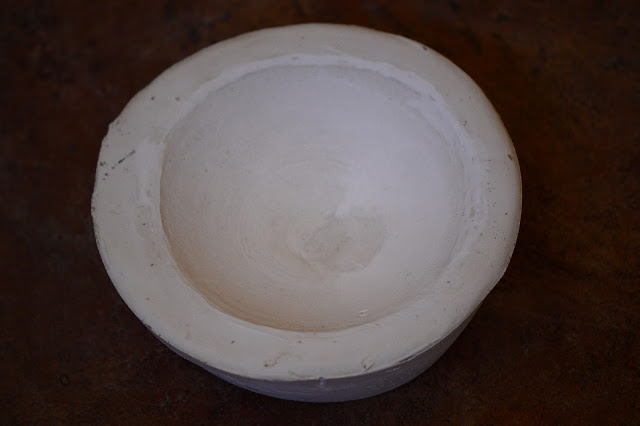 Posted by Amy@SmallSunnyGarden at 6:48 PM 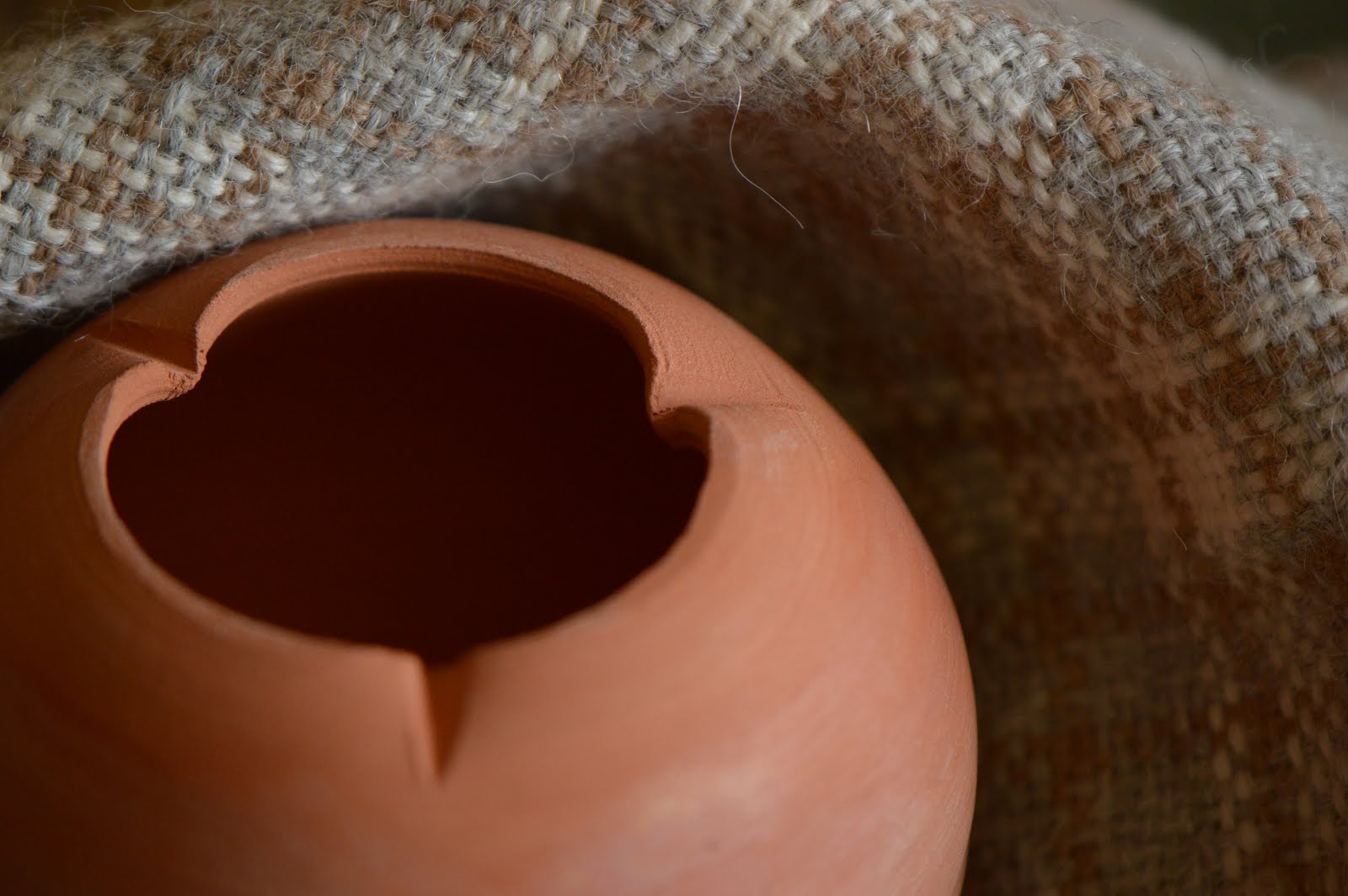